M8 Discontinued and what's coming next?

This year we saw changes in our line of portable players, with M6 and M6 Pro switching to ESS DACs, due to the shortage of AKM DACs. And few months ago, this issue caught up with M8 too. Right now, you can still find M8 in stock at some of our international sellers, but these are the very last units of M8. From now on, you can consider M8 to be discontinued.

With M8’s discontinuation, we are taking different steps than we did with M6 21 and M6 Pro 21. Instead of just making M8 with ESS DACs, we will be introducing a brand-new model, start of a new generation of Shanling Portable players that will bring many new elements to our portable line.

With M9, we will be taking a big step forward in the Android platform. Moving to newer and more powerful Qualcomm Snapdragon 665 CPU and upgrading to Android 10, which will assure better performance and app compatibility for the foreseeable future.

Overall design of the player will also undergo quite significant changes, making it stand out more from our previous players. Alongside this goes a new higher-quality display, 6-inch AMOLED screen at 2K resolution.

Next big question is, which DAC should we use in M9? It was developed around the AKM AK4499 DAC, sounding amazing and it would be shame if it would go to waste. As such, we decided to take our leftover stock of AK4499 DACs and use them for a limited run of M9. We are not yet sure how many units will be in this run.

After this limited run, we will switch to different DAC for M9.

We expect to release M9 in late fall. 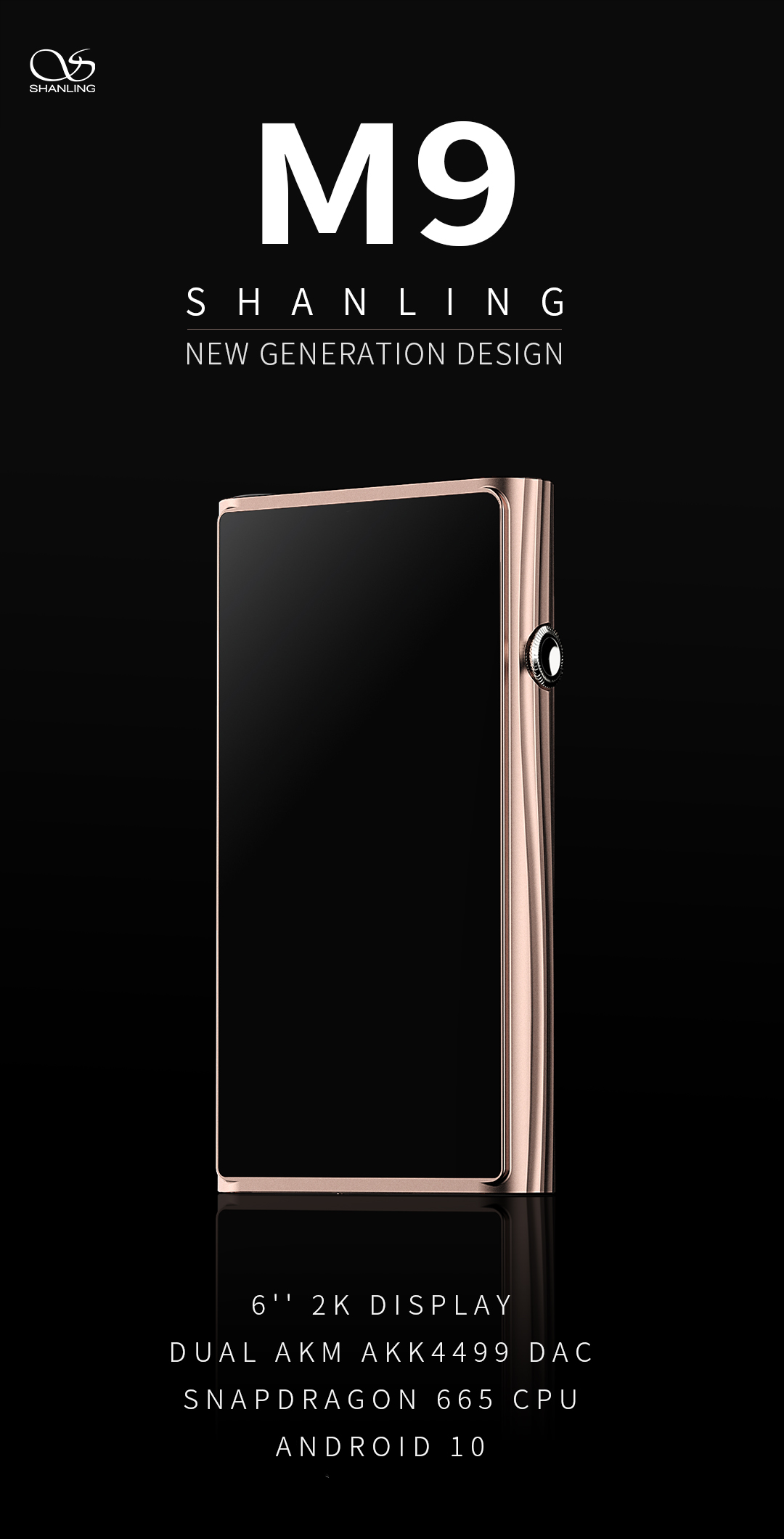