Why are we releasing new version of M6?

In October 2020, fire broke out at AKM’s factory in Japan. This event had a significant impact on availability of AKM DAC chips - discontinuation of certain models, shortage of DAC chips on the whole market and extreme price increase in some cases.

AKM DACs were important part of Shanling’s audio designs for many years, being the core component in all of our higher positioned portable players. At the time of fire, we had decent stock of all different DACs to keep the production going, but we knew that we will be forced to switch to different DACs at some point.

Shanling M6 Android player will be the first product to undergo this change. New version, marked as M6 (21), will be released in China in March and international release will follow in April. If you wish to get the original AKM based M6, you will need to look at a current stock at dealers or distributors and purchase one before they are all sold out.

- New amplifier circuit to go with this new DAC

- Available only as black body with gold wheel

All other aspects are unchanged.

Why is price higher?

This is due to mix of multiple reasons. Higher price of ESS DAC chips, especially given current market situation, different exchange rate between USD and RMB, new certifications needed for M6 (21) and few smaller things.

No, it’s not possible. MQA certification is tied to the M6 (21) and its analogue circuit, it can’t be used for original M6. 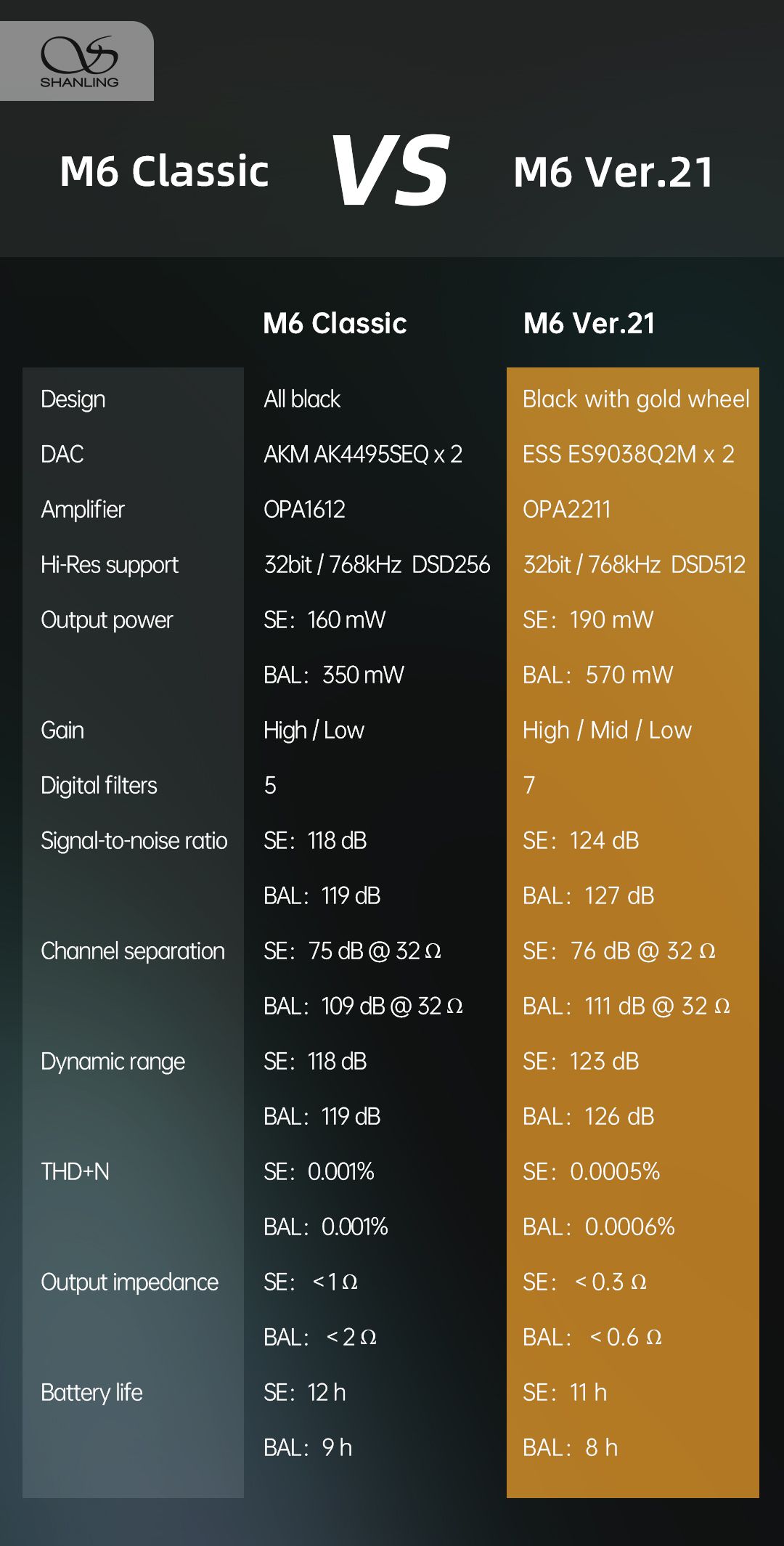